Yup, you read it right – I'm going to tell you that CRO isn't actually CRO. Rather, it's HBUTC, cleverly disguised behind the 3-letter-buzzword. So bear with me for a couple of minutes to see what CRO really is – or at least should be – about.

The origins of CRO

Historically, most of the CRO people tend to come from marketing people that figured that guessing doesn't cut it. Other than that, very few categories of people are able to live within the metrics and keep engaged in the testing continuously – except for maybe business owners.

While support, developers, designers and the rest of the crew are capable of producing good test ideas – even outstanding sometimes – they're rarely eager to iterate the tests that they suggest.

Most of the time, people just want their ideas validated. It takes having an itch for discovery to keep digging after you've dug for a month – regardless of how much gold you've found. That's why it's always been either the business owner, or a very determined analyst who is at the core of the CRO and drives the meaningful growth of the company.

The tools don't matter nearly as much

Up until recently, testing – that is the prime tool of the CRO - has been either too expensive or too complicated for most people to invest in. Only in the last few years the AB testing tools have become so diverse, easy-to-use and reasonably priced that more businesses start looking into testing, doing it in-house, and asking their digital agencies about CRO.

Don't get me wrong – the top 1% of cool guys have had all the tools they wanted a long time ago – they've worked with "The Exciting Stuff" before you've even heard of it. The rest of the people have just started catching up.

You don't need the latest tools, the most data and the best-in-the-world CRO experts to succeed in optimizing the conversion rate for your business.

To do well, you need to approach everything about your business as a chance to learn something – then act on these learnings. Over and over again.

And if you don't take everything as a learning opportunity, you will have to face your competition doing so.

But there's a catch.

Business owners cannot always understand all of their customers completely – not with thousands orders and millions of visits.

It's a marketing department's job to deliver the message to the users – but they've got their hands full with the logistics of getting those messages, the schedules and reporting.

The reporting/analytics guys and girls are very aware of the metrics and the reports – but they rarely get to make decisions outside of their reporting realm.

Support people are very aware of the pains of the user and often have ideas on how to address those – but they tend to be extremely unaware of marketing and usually prefer to stay that way.

You know what I mean. There's that vast knowledge that is lying around in the heads of the people working alongside each other – and most businesses just fail to utilize that knowledge. That's where the CRO people come in.

The CRO person is someone that dives into your business, understands the pain points and creates the tests and solutions to find the optimal way of resolving those pain points.

It's their job to talk with everyone on the team to get insights – so you don't have to.

It's their job to work with the developers and designers on tests and new solutions that address the issues that they find.

It's their job to get their findings out there to everyone on the team – from support guys to marketing to developers.

That's why CRO isn't about conversion rate – it's about Helping Business Understand The Customer.

CRO people are there to help, but they're not superheroes. If you are not willing to nurture the culture of testing and discovery – no CRO guy or girl will be able to compensate for it on their own.

If you do nothing with the results of the tests they've run – you're wasting everyone's time and your own money.

But if you are ready to embrace the testing mentality and look at everything as an opportunity to learn – you'll find yourself with a Holy Grail at your hands. So I urge you – question everything, be ready to test everything and deal with the results. It's the quickest way to knowledge, and applied knowledge is the key to success.

Get the latest posts delivered right to your inbox 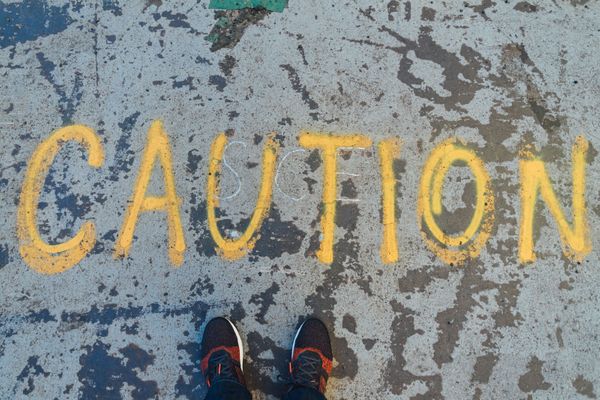 Too often than not, companies are eager to jump into split-testing as soon as possible, but most of them do not do proper analytics setup. By doing this, they are

Stay up to date! Get all the latest & greatest posts delivered straight to your inbox